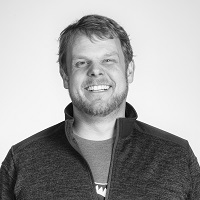 Ross has had a diverse career in engineering, beginning as a structural engineer, then project engineer for a gas utility, Ross was always quickly assigned the de-facto network administrator, typically after no one else was brave enough to break, and later fix, the network. Ross eventually ended up working as a network engineer designing and implementing enterprise networks for University of Wisconsin Hospital and Clinics. Here he worked with Extreme Networks, HP, Cisco, Tipping Point, among other network technology, as well as honed his Wireshark and protocol analysis skills. Until changing paths very recently, Ross spent 7 years teaching data networking at Madison College, and is currently authoring and producing IT training videos in Wireshark/Protocol Analysis, Cisco, and general networking topics for www.Pluralsight.com. In his free time, you'll find Ross and his dog, traveling, hiking, backpacking, or snowboarding somewhere in the western US.